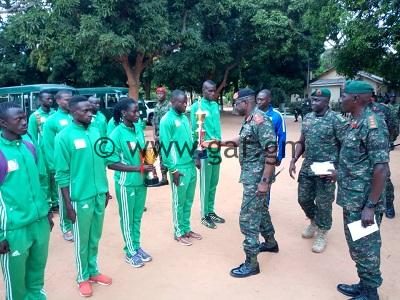 In the sidelines of the second leg of the Chief of Defence Staff’s (CDS ) Lt Gen. Masanneh N Kinteh’s tour to Military Installations, the Director of Press and Public Relations Lt Col Omar Bojang addressed the  Gambia Armed Forces’ (GAF)1st Division Football Team  ahead of their participation  in both the Gambia Football Federal (GFF) Super Cup Final and the Total Confederation of African Football (CAF) Cup preliminary round. 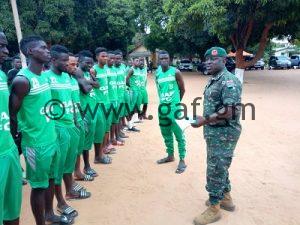 Lt Col Omar Bojang addressed the team during the CDS’s visit to the Gambia Armed Forces Training School (GAFTS) in Fajara Thursday 15th November 2018. The Lt Col urged them to be more determined than ever to keep the GAF’s Flag flying high in any competition they would face. He told them that, participating in the CAF Confederation Cup competition; they double as Ambassadors of the Gambia and the GAF, as such much is expected of them and they must rise to the occasion.  He concluded in wishing them the best of luck in all the competitions.

The Football team would be locking horns with Gamtel FC on the 24th of November at the Independence Stadium. Also on welcoming the CDS’s entourage to the GAFTS a tug-of-war was organized between the male members of the GAF Sport Company and the GAF Female tug-of-war with the female sides coming victories after all the Pulls. 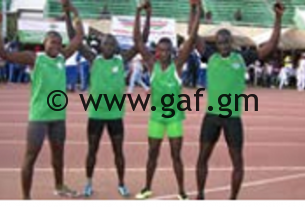 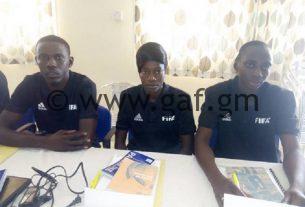