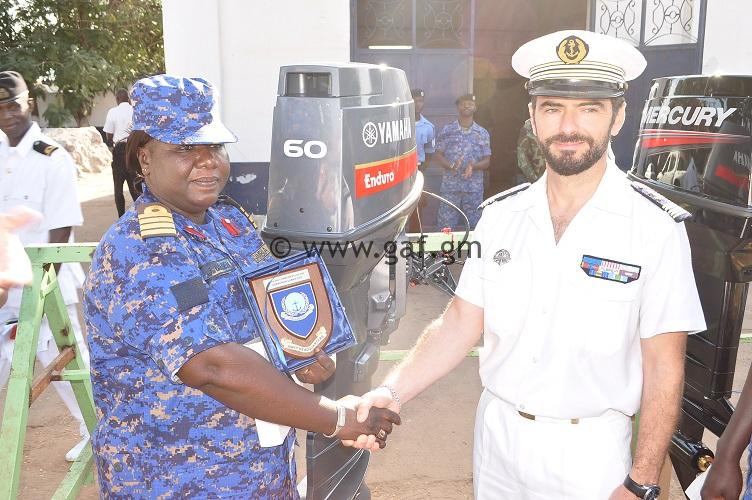 The French Navy on Monday 19 November 2018 donated 3 outboard engines to the Gambia Navy. The presentation ceremony was held at the Naval command base in Banjul. The engines comprised of two 40 horsepower and one 60 horsepower engines. Upon receiving the engines, the commanding officer of the Naval Command Base, Captain (N) Sambou Barrow thanked the French government through their Defence Attaché Colonel Troistorff for the generous and timely donation. He said the donated engines will go a long way in helping the Navy achieve her Constitutional functions especially the riverine patrols along the river Gambia.

The captain of the French warship VENTOSE which was also on a 3 day port visit to The Gambia thanked the Gambia Navy for the warm welcome accorded to him and his entire crew.

For his part, the Defense Attaché colonel Troistorff said the already existing diplomatic and military relations between the two countries is very vital and that such donations are a clear testimony of both nations’ mutual friendship. 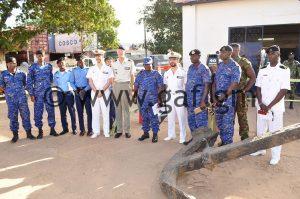 He further went on to say that the Gambia Armed Forces and the Navy will continue to benefit from such gestures from The French Government.

In delivering the vote of thanks, the executive officer(XO) of the Naval headquarters, Captain(N) Fatou Jaiteh Baldeh, thanked the French government and Navy and said that such gestures show how Significant the relationship between the two countries is. She stressed that outboard engines are expensive and assured the French that engines will be handled with great care and used for the right purpose. 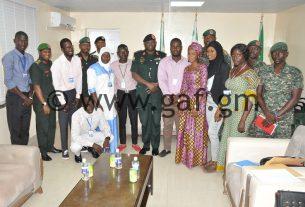 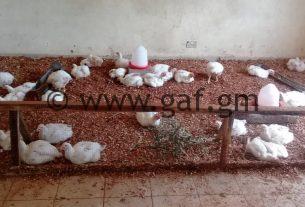 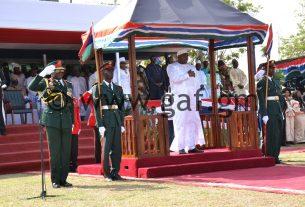