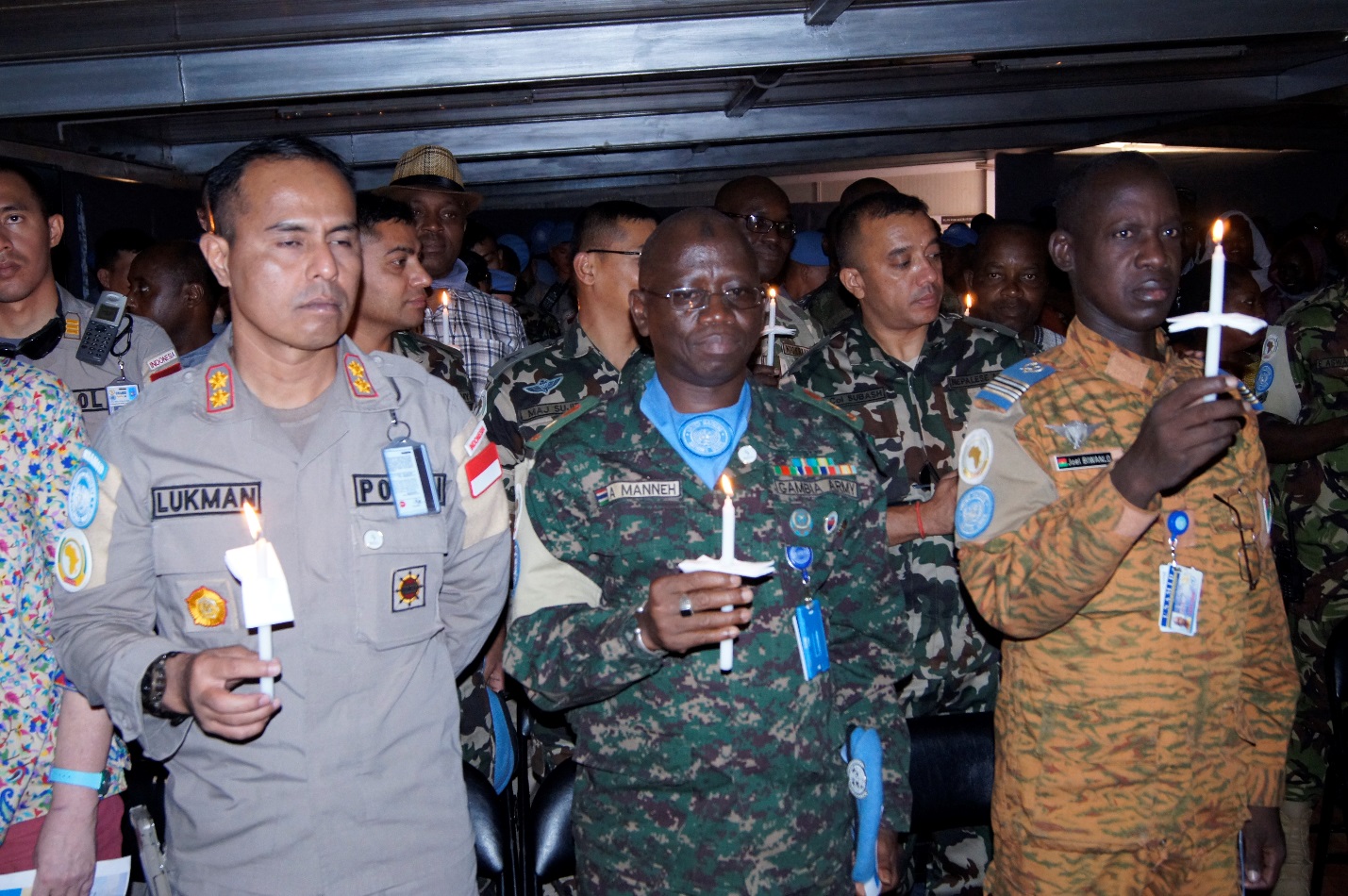 The Gambian Company (Gamcoy 21) in Darfur, Sudan together with other contingents on Saturday 7 April, 2018 participated in the twenty-fourth anniversary commemoration of the Rwandan Genocide. The day is annually recognized by Rwandese all over the world as a day which gave birth to a genocide that claimed about a million Rwandese lives within hundred days. The day was commemorated with a road march that covers about a kilometer led by the UNAMID Force Commander, Lieutenant General Leonard Muriuki Ngondi of Kenya as the Chief Guest of Honor.

The day is being commemorated under the theme “Remember-Unite-Renew”, a theme which reminds all Rwandans that to err is human and forgiveness is divine; that change in behavior towards each other as well as unity is the hallmark of a tranquil society. It was a solemn moment as flags went half-mast and candles were lit to remember and honor the victims. In addition a minute silence was also observed.

Giving a brief history of the genocide, the Contingent Commander (Contico) of the Rwanbatt mentioned that a lot of Tutsi’s had been forced out of their homes or slaughtered like goats wherever they were found during the genocide. He nonetheless indicated that the genocide had not happened all of a sudden; but involved organization and deliberate planning by its perpetrators.

“The seeds were sown during the colonization of the country by the West”, he said. He went further to quote the President of Rwanda, His Excellency Paul Kagame who stated that, “we as a country have to live with the bitter pain of remembering the bitter memories of the genocide that had split the nation apart , but most importantly, it should spur us to unite as one and move on to create a better future for all Rwandans”.

Other speakers at the occasion included the representative of the “Wali” of the city of El Fasher and the Rwandese Charges d’Affaires to Sudan, Honorable Ismael Suyika, who all recognized the brutal killing of more than a million Tutsi’s.

The UNAMID Force Commander, Lieutenant General Leonard Muriuki Ngondi of Kenya, reading the message from the United Nations Secretary General on behalf of the Head of Mission stated that the international community acknowledges the genocide as well as remembers those who had perished. He reiterated the hope that reconciliation is possible even after this dark episode. 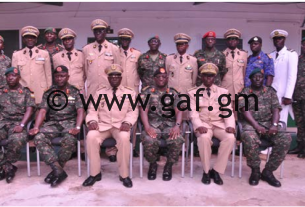