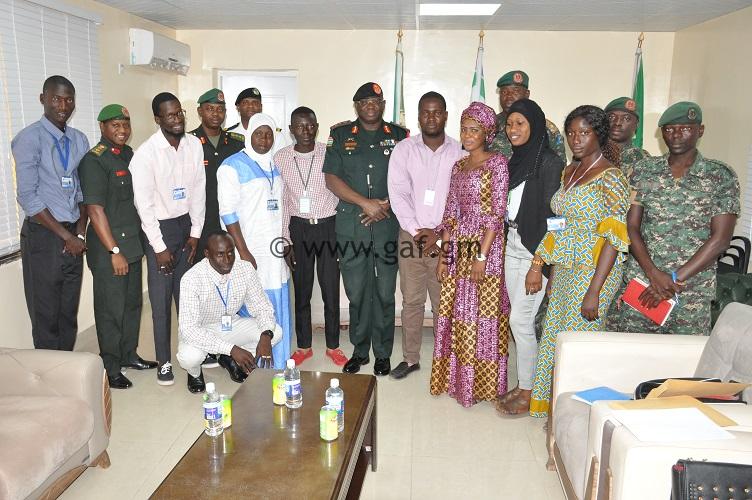 The aim of the visit was geared towards the preparations of their graduation to be held on the 27th of April 2019 and as well seek advice  from the CDS.

Speaking at the gathering, Mr. Ousman Bah expressed his appreciation on behalf of the students on the granting of audience by the CDS GAF. He added that the students acknowledge his leadership qualities and efforts made in administering the Military. He intimated that it is customary and traditional in the Gambia College that whenever a final batch is about to graduate from the school and go into the teaching field as a career, they do go to meet with well-seasoned and experienced people for advice and guidance as they begin a new career path.

Amat Ceesay a student, added that the graduation would be recognized as an Academic  passing out ceremony where high dignitaries will be invited and the CDS was also invited. Ndey Janneh another student added that graduation is very significant in a life time and serves as a memory to be remembered.

The Chief Executive Office (CEO) GAF Education Unit Captain Momodou Camara when allowed the floor said that, GAF have a good cooperation with the Gambia College. “Soldiers are going to school at the Gambia College, being prepared to teach in schools within the Barracks in due course” he stated.

Lieutenant Colonel Babucarr Jarju Director of Admin and Personnel said he is still a student, “I passed through the Gambia College and currently doing my double Masters at the University of the Gambia” he said. He added that the career as teachers is very difficult and challenging, most especially teaching kindergarten students. “I am really touch and I appreciate the move you took in coming to meet the CDS”, he concluded. 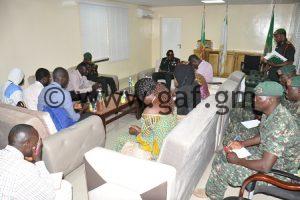 CDS Kinteh in his short remarks thanked the students for taking the decision to meet him in his office and seek advice from him. He commended the students for their initiative in meeting their development partners.” The Gambia Armed Forces is open to the Gambian people and the Gambia College at large”, he said. “It’s not getting up and going to work every day and receiving salary at the end of the month but knowing your role in the national development is paramount ,” he stressed. He further explained his teaching experience after he finished school; he said he served as a teacher before he joined the Gambia Armed Forces and wish to complete his life career in the teaching field. In conclusion he said, ” The relationship between GAF and the teachers is cemented together as GAF is building an Upper Basic School where civilian teachers from the College will serve in the near future.” 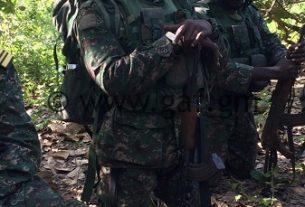 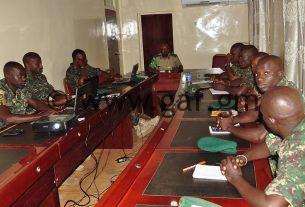 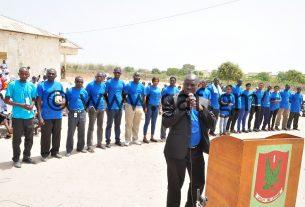