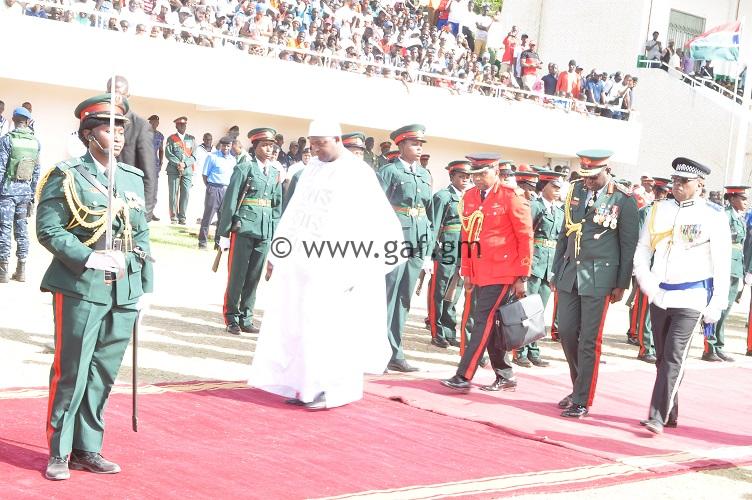 The 55th Independence Anniversary Celebrations was held at the McCarthy Square in Banjul led by a female Parade Commander Lieutenant Colonel Arabiatou Jarju. She is a seasoned, well groomed and experienced senior Officer. The senior officer attended the Horton Academy in Freetown, Sierra Leone where she successfully completed Intermediate Staff Course. During the course of her military career, she underwent several courses commensurate with her appointments. She is currently the Deputy Inspector General of the Gambia Armed Forces.

She was ably assisted by Superintendant Amie Jabang of the Gambia Police Force.

The Junior Ensign was Navy Lieutenant Ramou Njie carrying the Armed Forces flag. While the Parade Adjutant was Major Kodou Jatta responsible for all the administrative and logistics need of the entire parade. This was a mega parade of Forces comprised of 59 officers and 362 other ranks making a total of 9 detachments into equal male and female guards including additional components.

Independence Day Celebration is commemorated on a particular date set aside to mark the birth of a nation from a particular point in that nation’s history. It is in that spirit that states all over the world devotes special attention in displaying their symbol of sovereignty as a people. In the case of The Gambia, commemoration of the attainment of nationhood is annually observed on the 18th day of February each year since 1965 after gaining independence from British colonial rule.

The 2020 celebrations saw the Gambia Armed Forces in collaboration with the sister services display a superb military parade. This colorful parade was witnessed by scores of jubilant Gambians and non-Gambians alike. This occasion of honour held in the capital city of Banjul was graced by His Excellency the President and Commander-in-Chief of the Armed Forces Adama Barrow. In the mix were Cabinet ministers, the Chief of Defence Staff and other services chiefs. 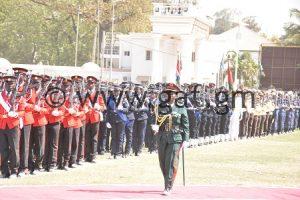 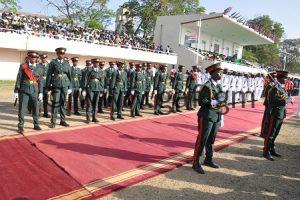 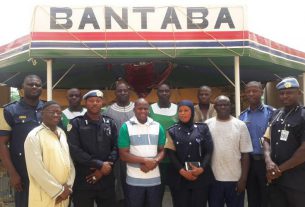 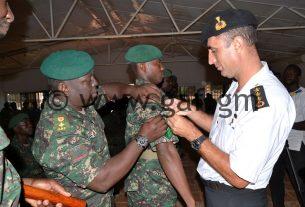