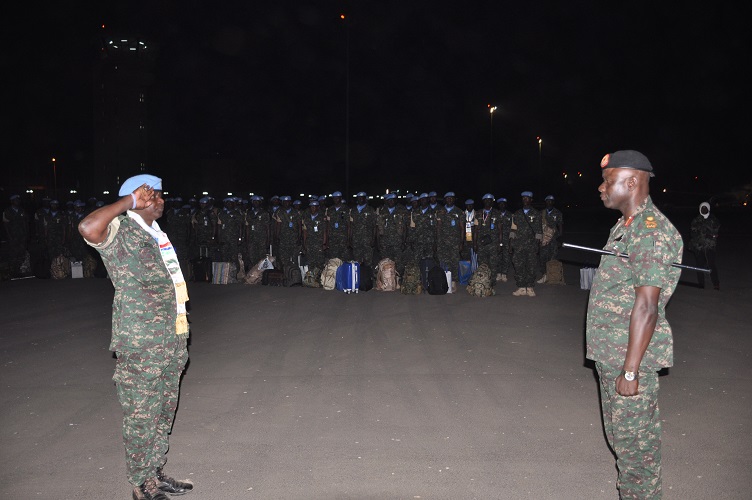 The Republic of The Gambia on Tuesday 20 March 2018 bade farewell to the Gambian Contingent Number Twenty-One (GAMCOY 21) at a colorful and solemn ceremony presided over by Her Excellency the Vice President, Minister for Women’s Affairs Fatoumatta Jallow Tambajang at the McCarthy Square in Banjul.

The deputy Chief of Defence Staff while addressing the peacekeepers urged them to adhere to the core principles of integrity, respect for diversity and professionalism.

Meanwhile, following the safe arrival of Gamcoy 21 in Darfur, the Gambia Armed Forces top echelons led by the Deputy Chief of Defence Staff were on hand at the BIA on Sunday 25 March 2018 to welcome Gambian Contingent number Twenty (Gamcoy 20). The Contingent led by Major Timothy Sanyang, the Contingent Second-In-Command successfully completed one-year tour of duty following her deployment in March, 2017.

In a brief welcome speech to the troops, the Deputy Chief of Defence Staff commended Gamcoy 20 for a job well done while noting with satisfaction the happiness of the people of Darfur and The Gambia with their performance during the period. 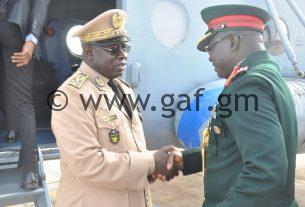 THE SENEGALESE CHIEF OF DEFENCE STAFF VISITS THE GAMBIA. 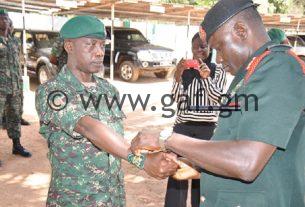