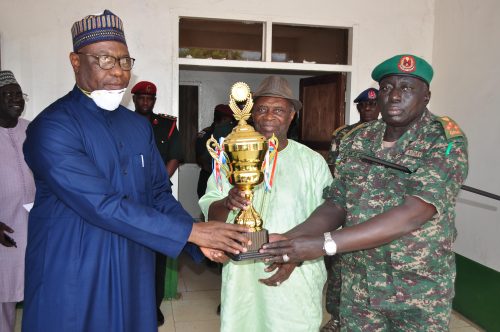 Officials from Camp Africa led by Mr. George Gomez presented a trophy, certificates and cheques to the Gambia Armed Forces through the Honourable Minister of Defence, Ambassador Sheikh Omar Faye at the Defence Headquarters on Thursday 26 March 2020 for emerging runners up in the Senegambia Run for Peace marathon. The Marathon, which was held this year is a relay run from Banjul to Dakar conceived by Mr. George Gomez in 2012. The event which starts in Barra and ends in central Dakar covers a total of 308 kilometers is said to be the longest relay run in Africa. It also takes competitors three full days to complete the run with night stops in Kaolack and Mbour in Senegal.

The maiden event of the marathon was organized in 2018 while the second edition which was held this year from 18 – 20 January 2020 again saw the participation of teams from The Gambia and Senegal. Senegal’s athletics club, ASFA, the Gambia Revenue Authority (GRA), West Coast Region (WCR), Gambia Armed Forces (GAF), Guarantee Trust Bank (GTB), Gambia Police Force and Kanifing Municipal Council (KMC) participated in this year’s marathon.

Day one of the competition kicked off in Farafenni with athletes covering 92km to Kaolack for the first-leg; day two saw athletes cover 110km from Kaolack to Mbour with a further 97km to Dakar to end the show. At the end of the 300 kilometers race, ASFA came out first winning the giant trophy; GAF occupied second place with GPF in third place while WCR settled for the fourth position. The KMC and GTB occupied fifth and sixth positions respectively while the GRA took seventh position.

At the presentation, Mr. George Gomez congratulated the GAF for their participation and exemplary performance while encouraging them to work on their weakness to do better next year. The Honourable Minister of Defence, Ambassador Sheikh Omar Faye in receiving the trophy commended the organisers especially Mr. George Gomez for his contribution to sports and athletics in this country. For his part, the Deputy Chief of Defence Staff, Brigadier General Mamat O Cham thanked the officials of Camp Africa on behalf of the Chief of Defence Staff, Major General Yakuba Drammeh for organizing the event and assured them of GAF’s participation at all times. He expressed hope that the championship would help to strengthen the long standing relations between The Gambia and Senegal. 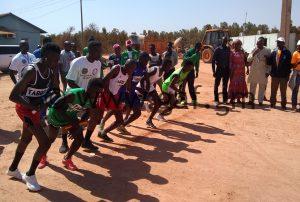 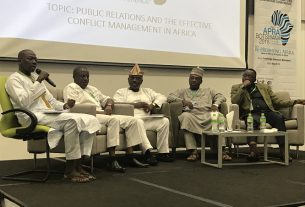 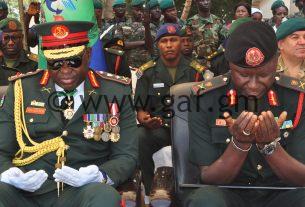 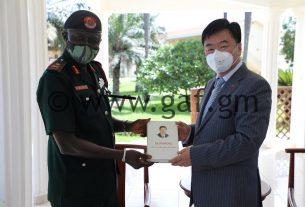