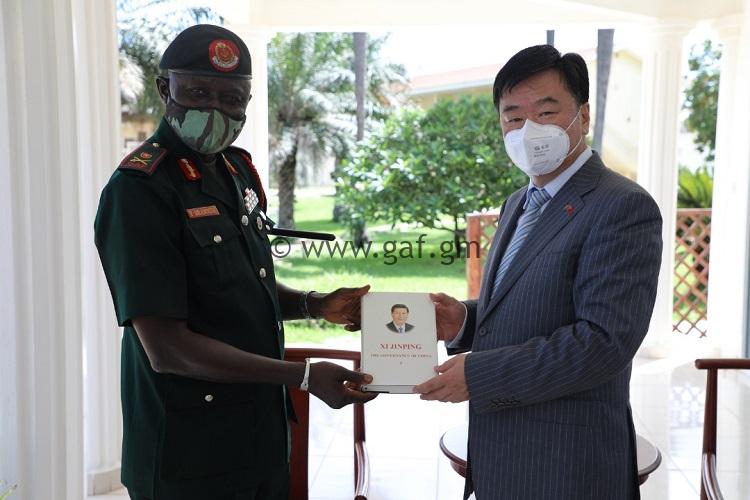 The Chief of Defence Staff, Major General  Yakuba A Drammeh continued his engagements with strategic partners on Tuesday 21 July 2020 with a courtesy call on the Chinese Ambassador to The Gambia, His Excellency Ma Jianchun at the Chinese embassy in Bijilo. The CDS was accompanied by the Director of Logistics, Navy Captain Dembo Jarju, the Director of Press and Public Relations, Major Lamin K Sanyang and his Military Assistant, Major Abdoulie Mboob.

Major General Yakuba A Drammeh thanked the Chinese Ambassador for the warm welcome accorded him despite the ambassador’s busy schedule. The CDS informed the Ambassador that the purpose of his visit, like other visits is to extend a hand of fellowship to strategic partners of the Armed Forces with a view to strengthening relations. He went further to thank the government of the Peoples’ Republic of China and her Armed Forces, through the Ambassador for the support they continue to render to the Gambia Armed Forces in terms of training and capacity building. General Drammeh extended thanks from the Ministry of Defence and the Armed Forces Command to the Ambassador for the training of 18 officers of the GAF that are currently attending courses in Chinese military facilities. He admitted that the training of these officers would add value and enhance their professionalism once they returned. General Drammeh stated that the Gambia Armed Forces enjoys very cordial relations with the Armed Forces of the Peoples’ Republic of China, which he noted is a force to be reckoned with especially in the domain of peacekeeping. The CDS concluded by reiterating his commitment to continue from where his predecessor stopped while stating his readiness to explore other areas of benefit to the Gambia Armed Forces in terms of peacekeeping, capacity building and security sector reform with his Chinese counterpart.

For his part, Ambassador Ma Jianchun congratulated General Drammeh on his appointment and thanked him for paying him a courtesy visit. The Ambassador went further to assure the CDS of his readiness to work closely with the Gambia Armed Forces in the area of capacity building, peacekeeping in view of the Armed Forces desire to deploy in another UN mission as the mission in Darfur is coming to an end. He equally assured General Drammeh of China’s support in the area of Security Sector Reform which he stressed would enhance the professionalism in the military. 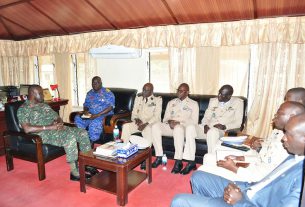 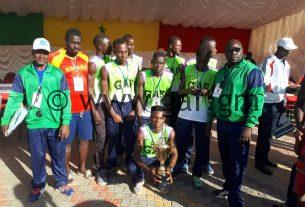 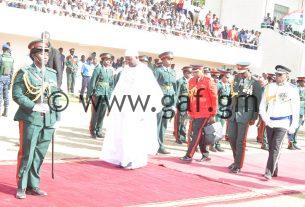