Generally, the term Military Operation is the coordinated military actions of a state, or a non-state actor, in response to a developing situation. These actions are designed as a military plan to resolve the situation in the state’s favor. Operations may be of a combat or non-combat nature and are referred to by a code name for the purpose of national security. Military operations are often known for their more generally accepted common usage names than their actual operational objectives. 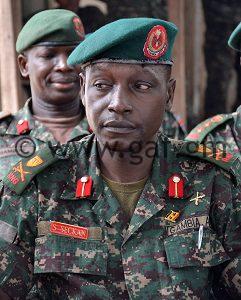 Similarly, the DHQ Operations is a key directorate in the DHQ responsible for the Planning, supervising and coordinating the operations of the Gambia Armed Forces (GAF). The major function of GAF Operations is to allocate  resources and determine  time requirements. It combines  with other DHQ directorates to achieve its primary principles in deployment of military forces and material to meet specific missions. Similar to international standards, GAF uses the general staff of operations designation “number 3” to its corresponding sections e.g. J-3 (Joint (Multi-Service) Military Operations), G-3 (Army), N-3 (Navy), and A-3 (Air Force). Furthermore, DHQ Operations applies the general military science which involves the training of GAF personnel and administrative functions which allows the Services to plan, act and then extract from a particular mission. In a nutshell, with the support of other Directorates, DHQ Operations staff plays a major role in the projection of GAF missions in any spectrum of activity notably terrestrial, aerial, or naval needed to achieve operational objectives.