Over the years, modernization of weaponry and tactics of war has resulted to the evolution of Military Medicine to meet the demands of contemporary battle field injuries. Medical personnel have been on battle fields caring for the sick and wounded, preventing and controlling spread of deadly infectious diseases, managing mass casualties and disposing of human remains. They have contributed immensely to major victories on the battle fields by conserving the fighting force for their commanders. 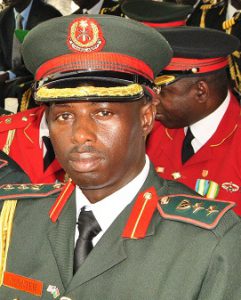 Therefore, it is important for military healthcare providers to be well trained and diverse enough to deal with battlefield injuries, psychological effects of combat and also treat and prevent non-battle related diseases.  It is no secret that a well-organized health care delivery system with the pre-requisite skilled personnel and facilities is an important component of modern day militaries. The Gambia Armed Forces, being no exception.

GAF Med Svcs is one of the major logistics branches of the army. The unit is as old as the army established way back in 1984 as a small unit with skeletal team of few trained staff. Over the years the unit became one of the most outstanding professional units of GAF that provides essential medical services to GAF personnel, their families and the civil population visiting our numerous facilities across the country. In terms of civil military relationship it is the main unit that galvanizes GAF and the civil population through health services delivery.

The administration and organization of GAF Med Svcs both in peace and war operations is geared towards the promotion of health and prevention of diseases, the care and treatment of the sick and the wounded; the collection and evacuation of casualties in the field as well as the support and replenishment of medical equipment, drugs and other consumables.