GAF Female Volleyball team was founded six years back and since then the team gained a lot of positive results that made it if not the best but one of the best Volleyball teams in The Gambia.
At the home front, one of the team´s remarkable achievements came in the National Championship, where they became 5 times League Champions. The female team is also the gold medalist in the NISA (National Interdepartmental Sports Association) tournament by beating its strongest opponent the Police Team.
The team´s trophy cabinet is decorated
with more than 10 trophies in less than 6 years. That’s a wonderful achievement by the team. As beating the best is not easy, it therefore requires a lot of efforts to be crowned champions.
The team continues its quest in maintaining its tittle as the defending champions in the National Championship, the Mass May Day Sports and also the NISA tournaments. At the sub regional front, the GAF volleyball team was invited to Ziguinchor (Senegal) in December 2011. The event was described by many as the icing on the cake because of the khaki girls performance.

At individual level, two of the team´s players Mariama Sowe and Tijan Janko were awarded the most discipline player and best player of the tournament respectively.
Another notable achievement is the National Beach Volleyball tournament where the team took part and came out first in both categories.
The National Female Team’s success in Cape Verde would not have been without the positive performance of the GAF members as they formed the majority.
The 2015/2016 National Championships was a great year as the team registered double victory. Both the male and female teams were crowned Champions.
As highly spirited men and women in the military profession, the motive of the team is to build and maintain a solid Civil-Military relations. The team’s presence should not be seen as a threat but rather as a symbol of confidence and security to the populace. 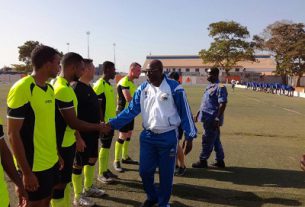 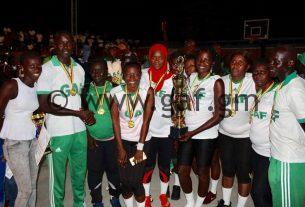